Whoop: How a Bear Attack Affects Your Sleep

Michael Lares awoke at 4:30 a.m. to his dog barking. As he went outside to see what was going on, he heard the haunting sound of pigs squealing and the huffing and growling of what could clearly only be one thing. He ventured forward with a flashlight and rifle in hand, making his way towards the pitch-black thicket where the noise was coming from.

Lares is a 51-year-old former commercial diver and bodybuilder from Columbus, OH. In 2007, he bought into a horse and hay ranch in western Canada. Four years later, Lares moved there permanently with his wife and two children. What motivated him to settle down in Nemiah Valley, British Columbia?

“Just the experience of it,” he says. “It’s absolutely beautiful country up here. Unbridled, untouched, pristine.”

Lares is a self-described “mountain man” whose athletic endeavors fall a bit outside the norm of our regular WHOOP users. He throws 4,000 square bales of hay each summer, and chops wood to heat his home in the winter, during which he must also wake up in the middle of the night on a daily basis to stoke the fireplaces throughout his house. In his own words, “it’s Rocky IV type of stuff.” As a “one-man band” seeing to the operations of large ranch, Lares notes that he’s almost never fully recovered, and only truly realized this after using the WHOOP Strap. However, that’s not strictly the fault of the horses, chickens, pigs and cattle that he watches over–he has another full-time job as well. Lares is also the president of :DSleep, the marketing and distribution company for the SR1 sleep device. To no surprise, juggling the two results in very long hours.

The SR1 is a small, battery-powered piece of wearable technology that helps induce sleep with pulsing electromagnetic signals. Lares wears a WHOOP Strap due to the unmatched level of Sleep analysis it provides him.

“WHOOP lets me know when it’s absolutely time to slow down,” he says. “It forces me to obtain more recovering sleep, which I use the SR1 for. If you’re not mindful, this lifestyle can tear you down.”

As the proprietor of an FDA-approved sleep aid, Lares is well-versed on the latest products in the field:

“I have my ear to the ground on all these [sleep] quantifying technologies. WHOOP blows the rest out of the water. I love the specific data points and the way you can interact with it.”

In the early-morning hours of September 23, Lares’ WHOOP Strap logged some rather unusual data: What was going through his mind as he stepped out into the darkness?

“I knew it was a bear, but I didn’t know what kind or how many were waiting on me in there.”

As he got closer, Lares came upon a massive black bear standing over its prey, about to charge.

“From 30 feet away I saw a big black shape. At first all I could see was its eyes glowing in the beam of the flashlight, then its chest, getting ready to lunge at me. It was a pretty defining moment for a guy standing there in only his boots and boxers.”

Fortunately, Lares and his family were unharmed, although the same can not be said for all his livestock.

“It took a bit to come down off of this encounter, and I used the SR1 sleep device to get back to sleep. Although it was restless sleep, I still managed to get another hour in. Then around 8:00 a.m. I went back out to the site of the attack to assess all the damage, where my heart rate ran back up just checking the scene of the carnage.”

As can be seen in the screenshot above, Lares’ heart rate took a huge spike when he confronted the bear, and then again in the morning when he returned.

A more detailed breakdown of Lares’ data reveals the following:

WHOOP recorded a Strain of 5.9 for Lares’ meeting with the bear, which is higher than typical user’s Strain levels when playing baseball (4.8) or lacrosse (5.0), and roughly on-par with a pilates session.

On a deeper level, Lares’ average heart rate variability (HRV) during his first Sleep was about 40 milliseconds, but it fell to only 20 during his second Sleep. As noted by WHOOP data scientist Emily Breslow, low HRV is positive thing when the human body is facing the threat of imminent danger “like a hungry tiger.” In Lares’ case, his HRV stayed low following his interaction with the bear and prevented him from attaining a deep and restful sleep afterwards. Mark Van Deusen is a Creative Copywriter at WHOOP. Before joining WHOOP, Mark served as the Managing Editor and Head Writer for CelticsLife.com. He was also a Featured Columnist for Bleacher Report and a contributor at Yahoo Sports. A former tennis coach, Mark graduated from the University of Richmond with a degree in Sociology and Leadership Studies.

You can send us an email and we'll get back to you in under 24 hours. Please just click send once! 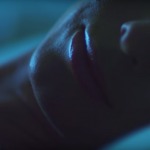 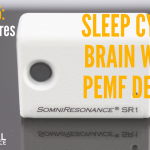 Natural Stacks: Can PEMF Help You Get Better Sleep?Media, Podcast